What does telecoms mean to you?

Rob Nunn of Viegli used his 15 minutes this week to tell us how he helps businesses communicate with their clients and staff.

You might think that a phone system is something that sits on your desk, you pick the receiver, dial a number and hold it to your ear to speak? Well that’s sort of right and it’s certainly what phones have been for the last 80 years.

I don’t like to say ‘things have moved on’, but they have! Rob showed us his iPad which has an app called Circuit on it and this links in with their phone systems. Rob made a call on the iPad, and while his colleague was talking at the other end, he invited us to dial in and join. Then, he swapped the call to his mobile, while everyone was still connected and talking. That was cool, swapping a call from a phone to your iPad or laptop, as you’re talking, how useful is that?!

And it’s not just calls, you can screen share, swap files, add up to 250 people. It’s amazing.

It was a really good demonstration of what they do and I have only covered a small part of what he showed us. It’s clear that a phone system doesn’t have to be just a handset on your desk, it can also manage all your communications in one place and make everything join up.

It’s interesting to hear Rob talk about their product. “We don’t sell cheap stuff” he told us, and I get that. There are plenty of suppliers who will try to undercut each other on price, who will use cheap equipment to get the price low, but in business is that what you really need. You don’t want to pay over the odds of course, and that’s not what he’s saying. If your business relies on your staff being able to talk to each other, or relies on customers being able to talk to you when they need to, then don’t scrimp on your telecoms.

Rob’s company, Viegli, is trusted by major household names like Costa, to run their phone systems, and they are equally happy supporting small local businesses too.

If you need a phone system you can rely on (which will probably be much cheaper to run than your current copper wire set up) then get in touch with Rob and his team. 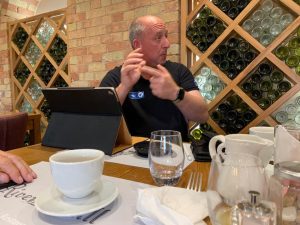 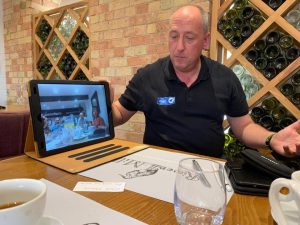 Why join our club?

We use functional, analytical and tracking cookies (and similar technologies), placed by ourselves and third parties, in order to measure the use of, optimise and further develop our website, as well as for (personalised) advertising purposes and to monitor and analyse your internet behaviour.
By clicking ‘Accept’, or by using this website, you give us consent to the function of these cookiesCookie settingsACCEPT
Privacy & Cookies Policy

Any cookies that may not be particularly necessary for the website to function and is used specifically to collect user personal data via analytics, ads, other embedded contents are termed as non-necessary cookies. It is mandatory to procure user consent prior to running these cookies on your website.